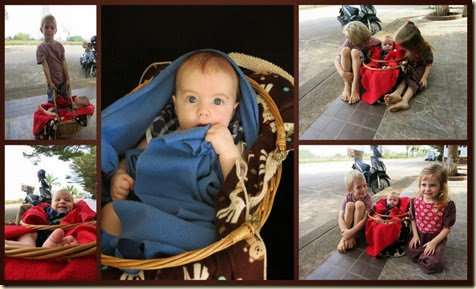 Thursday: A photo shoot with the children. Havilah is a mess to try to get a good picture of. Rennie was better than she. I got almost nothing done this day because I was feeling yucky. If the moms would like, I have more pictures from the shoot. 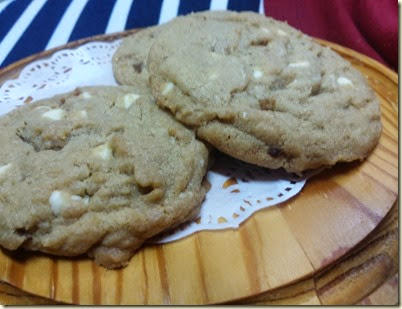 Friday: Again, not feeling so well this day. Didn’t sleep well the night before. I just didn’t sleep well between waking up expecting Rennie to want to eat when, in fact, he only needed to once, and someone coming at some odd hour of the night to inspect the row house across the way from us. Everything in the neighborhood was still and quiet except for them. They seemed totally oblivious to the fact that people might be trying to sleep. I’m still puzzled about this. But anyway, we made cookies Friday and they were very nice. 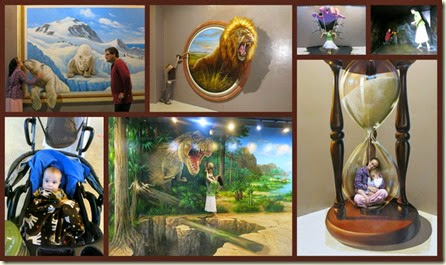 Saturday:  We went to the Art Museum…that’s not actually it’s name but that’s what we call it and I can’t think of what its really called. I kissed to polar bear and Dru’s response was different from the other, on looking polar bear. Jube barely touched that wimpy lion and he let out a yowl….and etc. Rennie behaved pretty nicely, allowing us to roam without insisting on too much attention. 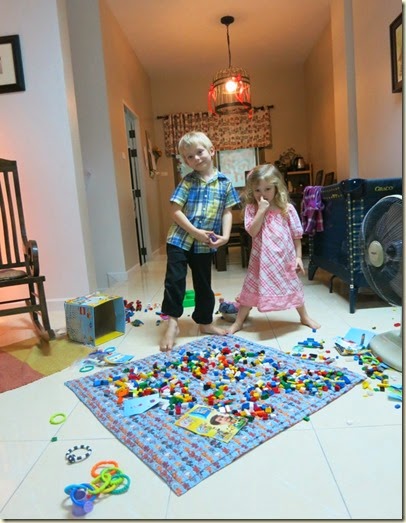 Sunday: Jube and Havilah’s Lego mess right before bed. Jube loves his legos and Havilah likes them too. Notice the finger up her nose.

This reminds me, a while ago she stuck a button up her nose and couldn’t get it out. I fished it out with the tweezers and expected she was traumatized enough that she wouldn’t put something up her nose again. Not so. Several weeks later she stuck a lego up there. This time her nose got bloody. I was  thinking, “Oh, no. Not sure I’m going to be able to get this one.” I had visions of having to take her in. But Hannah held her down and once again, I fished it out with out much trouble. This time I threatened her with punishment if it happened again. So far, it hasn’t. 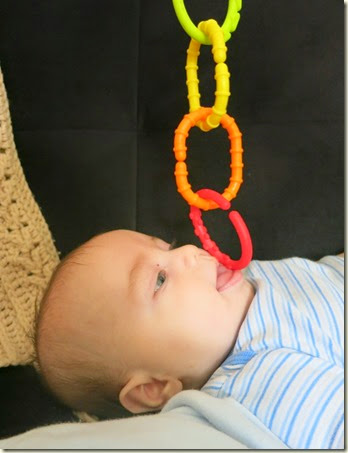 Today: This is my ornery little fatso. He’s almost ready to play with toys but his coordination isn’t there yet. These days, he wants to be held ALL DAY LONG. It was a long day for me. Not only does he want to be held, he wants to be walked and bounced. And he is heavy. I think part of the problem is that he is bored. Once he figures out how to use his hands he’ll be a happier boy. So thankful that he sleeps well at night and feeding is dropping to once.