Night out with Mae Wahn 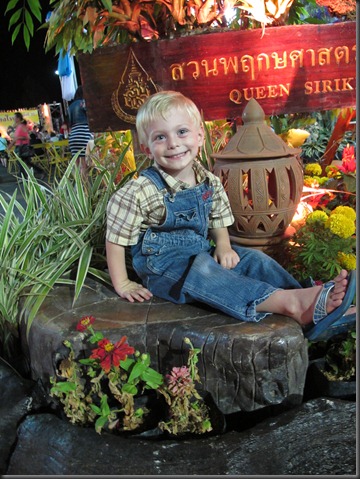 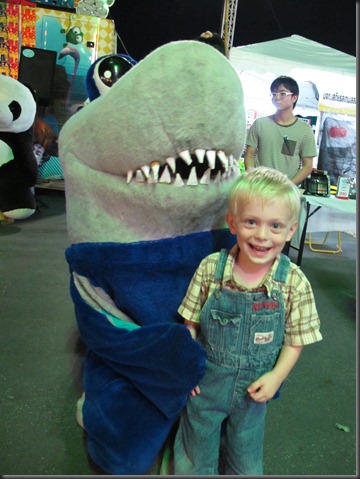 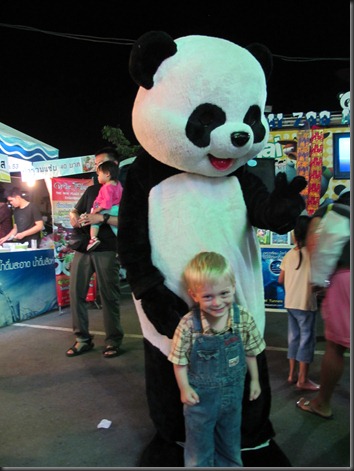 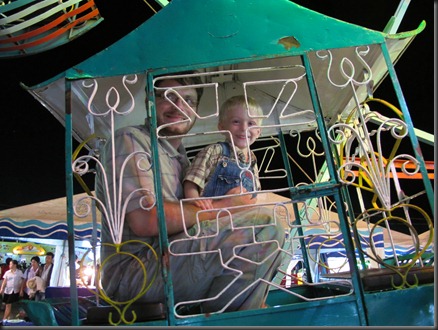 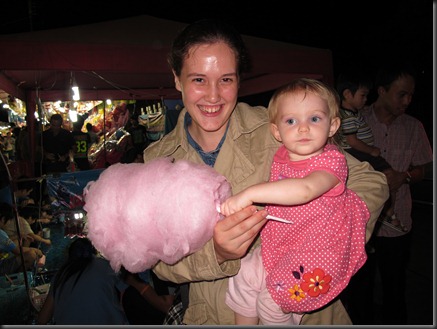 We got to watch him spin this cotton candy right there. 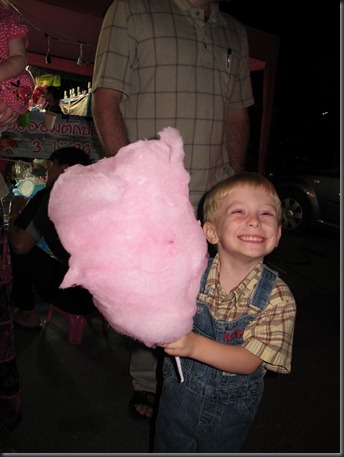 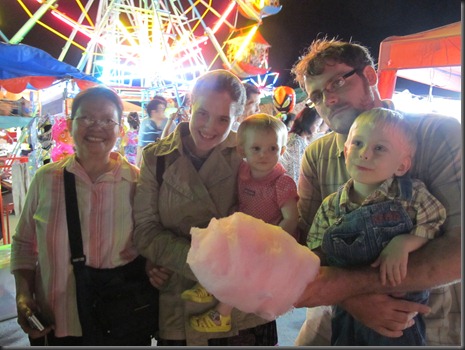 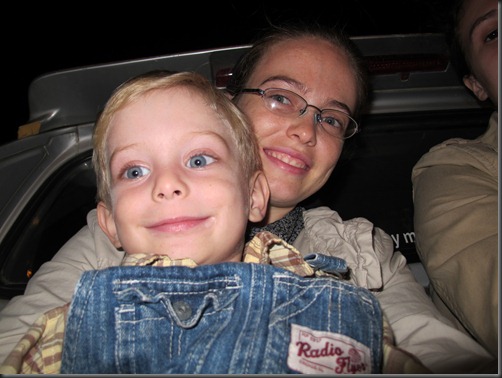 The ride home on the back of the truck. 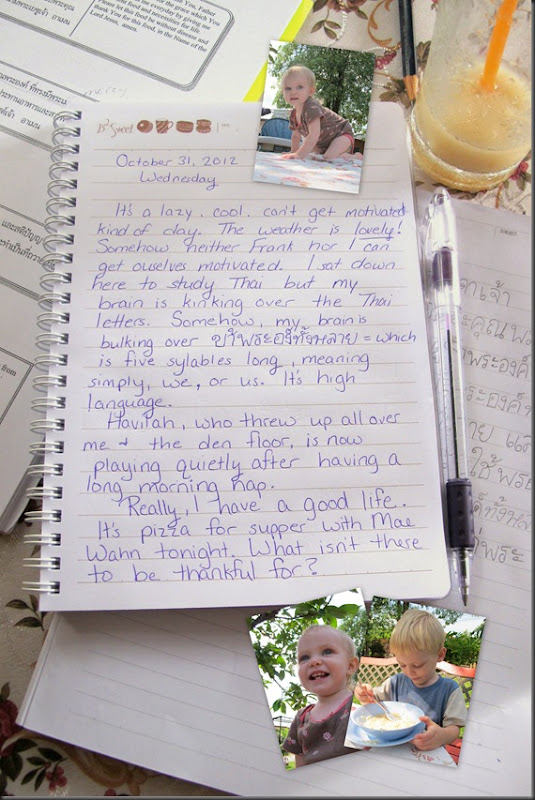 This is a post asking for input and wisdom from you.

We conservative people, have, for the most part, decided that TV isn’t worth it’s time. Why pipe it into your living area for us to have to flip through in order to find something half decent to watch? So we’ve pitched it.

Along comes internet and things get complicated. We find it almost necessary to live and operate in this modern world. Meetings and appointments are planned, cancelled, and even held online. For those of us on the mission field, it’s amazing to be able to talk face to face with family at home via skype.

But this doesn’t change the fact that I unfriended another of Dru’s facebook friends today. It doesn’t change the fact that the news sites flash dumb stories and maybe even adds. We find ourselves knee deep in stuff we don’t want to see and don’t by any means want our husbands to see, by an accidental click. We all know our husbands and men run into junk now and then because they’re honorable men and tell us. Even those of us with internet filters find junk now and then by accident.

But what am I going to do when my 3 year old is 14? Open communication is the key. We all know that. If we just get the internet out of our houses entirely, does that really teach our children how to deal with the real world? Yet, how come it’s okay to have this kind of media in our homes?

Facebook is a fun, amazing tool. But, when you’re in ministry, you have friends who are going post language and junk, and you have to see it. And then friends you thought you could trust post bad stuff. Is the answer a family Facebook page? How many teenagers are going to be enthralled with that?

I don’t have any answers. I want to grow kids that are sheltered from within. Kids that don’t look on sin and read junk just because they want to serve the Lord and be pure. Kids that are going to know how to handle temptations when they discover the real world. Actually, I want my kids to know about the real world as they grow up and know how to deal with it well. But I’m wondering—are we bringing the real world a little too close to us when we pipe it right into our  homes? Our homes that are supposed to be safe, nurturing places. 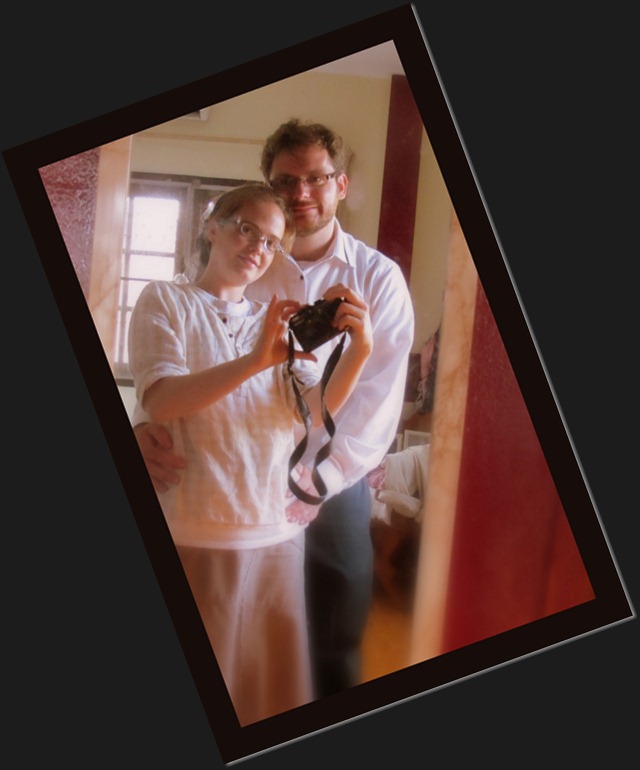 Posted by Lisl at 10:37 AM No comments: Links to this post

Life ticks by. I feel busy, busy. Always. Always something to think about. Something to pray about. Things to remember not to mull about, but to turn over to the Lord. My time, relationships, children, hubby…all of it. My brain feels like it’s on overload, although this week things are better. Thai class isn’t just about language. It’s culture stuff. Complex. More to think about.

So here I sit with my coffee on this stuffy afternoon to tell you about the fragments that make my life go around. I’m fully aware that I should probably take a nap. I know full well that I should work on my Thai studies. Double chocolate chip cookie dough is in the fridge waiting to baked, and later frosted with cream cheese frosting and eaten at an astounding rate. Never mind. It’s time to stop. To write. To reflect. To rest. 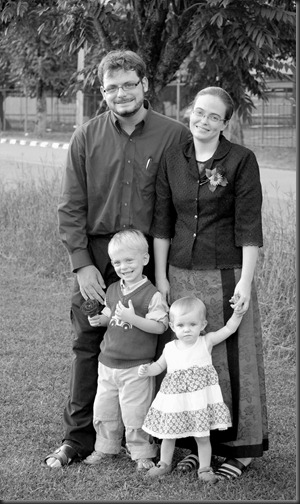 This is us all dressed up for banquet night.

I learned in Thai class today that if I live in a Thai neighborhood and we live our lives together as friends, knowing each other well, we still have to use “high” language when we go to church with these same people. Because it’s appropriate, and to use common language in the church building, would be rude. However, if I take this same group of people and we meet together in my home, and talk about the things of the Lord, than I can use normal street language. 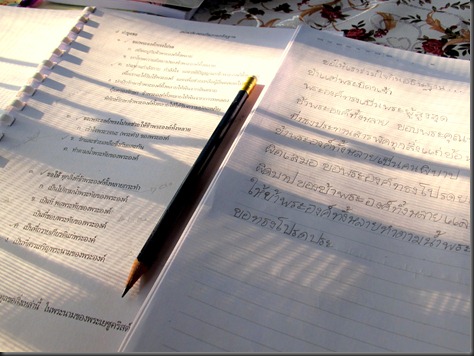 For today’s lesson I’m too try to memorize a prayer in Thai…high language and all. I told her I’d study this so I know it, but I’m not studying this in order to impress the Thai people with my ability to pray.

I also learned that if I’m to pray in a way that is appropriate and proper, than I must learn to speak the high language. We don’t use street language to speak to God anymore than we do to speak to the king. This is why Pii Bob, as of yet, refuses to pray in church when asked. (However, if we were in a home, maybe, he’d be a little more comfortable. I’m not sure.) New Christians in Thailand will tell you, when asked to pray publicly, “I haven’t learned how to pray yet,” as though it were a subject you learn, such as Math, or Science. It is indeed, a bit of a science. In Thai, some people are known as good prayers, in the same way that we think of people as good singers, or good mechanics, or good students or teachers, simply because they know how to use pretty language to pray. Kru Gaye admitted to me that many people are guilty of the sin of the Pharisees, wanting their beautiful prayers to be heard. Too many of them, not praying from the heart, but from the head.  All this troubles me badly. And, although this information answers some questions, it brings up new ones. This is indeed a complex culture we live in.

Amidst all of this, this lady, with so much on her mind, is very thankful to her Heavenly Father, for His care. Specifically, thankful that He brought Francis here to live with us for these few short months. I knew I needed her, but didn’t know how much. Just having the stability of her presence has meant so much. Last weekend I was hormonal and emotional. I realized that with my housework, children, Thai classes, husband, and church planting on my mind—even with Frances here, some things were still not happening. Jube’s behavior in general was getting out of hand and the housework was not happening right because I didn’t have the brains to delegate properly. So Frank took over the laundry…just poof…she’s doing my laundry…which feels amazing. And I’m not even thinking about it. The laundry smells clean and lovely again, under her tender loving care. She’s just quietly picking up tabs in other areas too, she has all along actually, but, well, this week I’m just letting it slide better and trusting her for it. It feels like it took we awhile to figure out how to make this all work. It’s not Frank’s fault at all. It’s my crazy, fragmented, brain.

It’s also been just plain fun to have Frank here and get to know her as my sister. I’ve observed that she doesn’t like red straws but uses all the other colors first. When all of the other colors are nearly gone, she’ll dig out new straws. “There just…too red,” she said. She likes clean babies. So my babies get scrubbed more often than they’re used to, but they don’t seem to mind and I don’t either so it’s fine. We think alike along a lot of lines…even about things like croutons that should be in the salad.

The children are healthy and happy. Jube will probably still need to wear a pull-up when he’s sixteen, but there are worse problems, right? Havilah is underweight according to my doctor. So I’m feeding her more milk and and he gave me an iron supplement for her. It’s not like she doesn’t have any chubbies though, so I’m not real worried about it other than to be subconsciously keeping better tabs on how much she eats. Bottles kind of save the day when her teeth bother her too much to chew food. 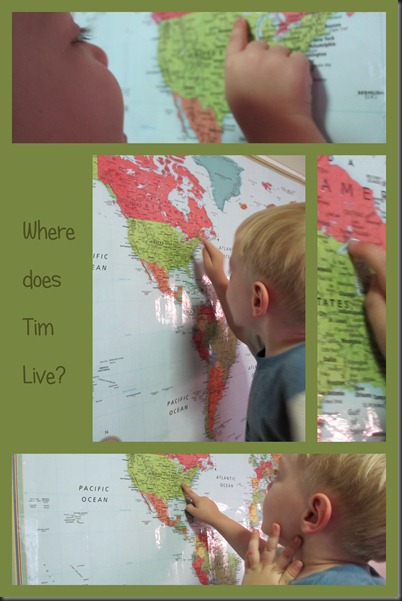 It all started with Jube’s verse about God’s Word being a light unto our path. Which made him think of Tim walking him down the path to the cabin with his flashlight after a long happy day at Nanna’s house. So he wanted to be shown again where Tim lived. Geography has already begun around here. The other day he begged his father for a city map so he could see where the park with the birds and fish was.

Hubby is back in school again. The second semester started this week. He has a lot of writing and oral presentation type classes this term and so he’s enjoying that aspect of it a lot. He’s also hoping to take some tests here pretty soon that will effectively allow him to “skip” those classes—if he can pass the tests.

Two weeks ago a friend of ours made it possible for us to stay at one of the nicer hotels here in the city for a very good price. Many thanks to this unnamed friend! My amazing man had made mental notes of quite a few different things that we needed to talk about as a couple. Things that had been sitting on the back burner and falling by the wayside for too long. Mostly things about where we are headed as a family. What we are doing for family devotions. What we’re doing for entertainment. And a lot more. All in all, it was one of the most profitable dates we’ve taken. I came away grateful for the amazing man God gave me. Thankful for a man who cares about his family and our direction as a family. Thankful for a man who wants to be tuned in to me. I came away from that time feeling safe and happy. 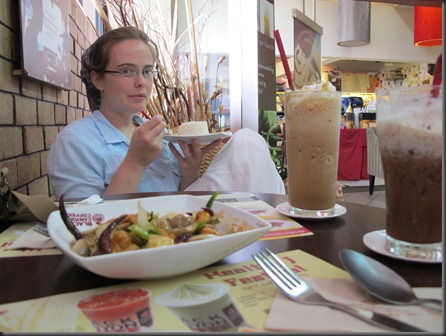 These two pictures were from our date. We didn’t take enough pictures…our camera battery died. But these are are happy memories anyway. My favorite meal was the one above. Just plain cashew chicken at Black Canyon in the old mall. 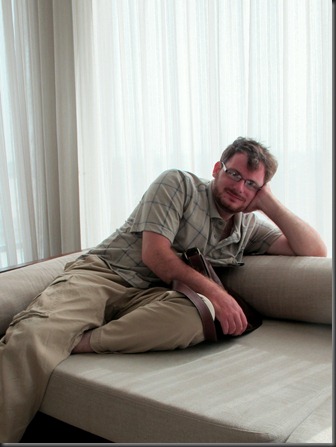 One of the things we talked about on that date was how Dru’s wife was really disturbed by how her bedroom was not well-painted or pretty. Mostly all it needed was some time and support from the man. We had the paint already. Our room is now beautiful, the only thing waiting to be done is the installation of a light fixture. This was kind of extra, but because we didn’t have to buy paint and the only expense so far had been masking tape and paint brushes, we bought an on sale new light fixture the other day when we were in the store for something else. I don’t think that we’ve spent more than $20 USD for the whole project. Nice. And it very deeply blesses my heart. All the way down to wall paper border from Lily that I finally got to hang. I am very happy about it. The light fixture still needs to be hung…that will come some day, hopefully soon, when Dru has time. 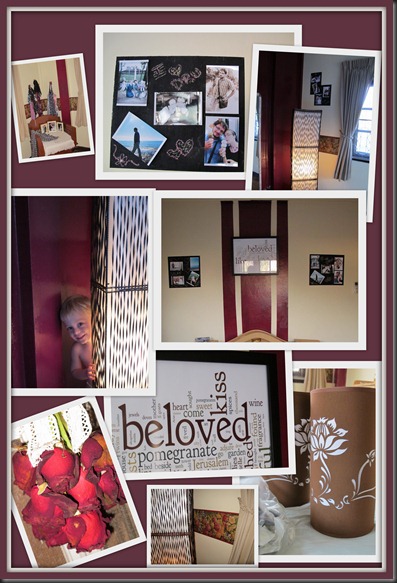