I'm thankful for my little boy. He's actually not staying little really. I'm afraid at two weeks old today his newborn things are getting small. He likes to eat. 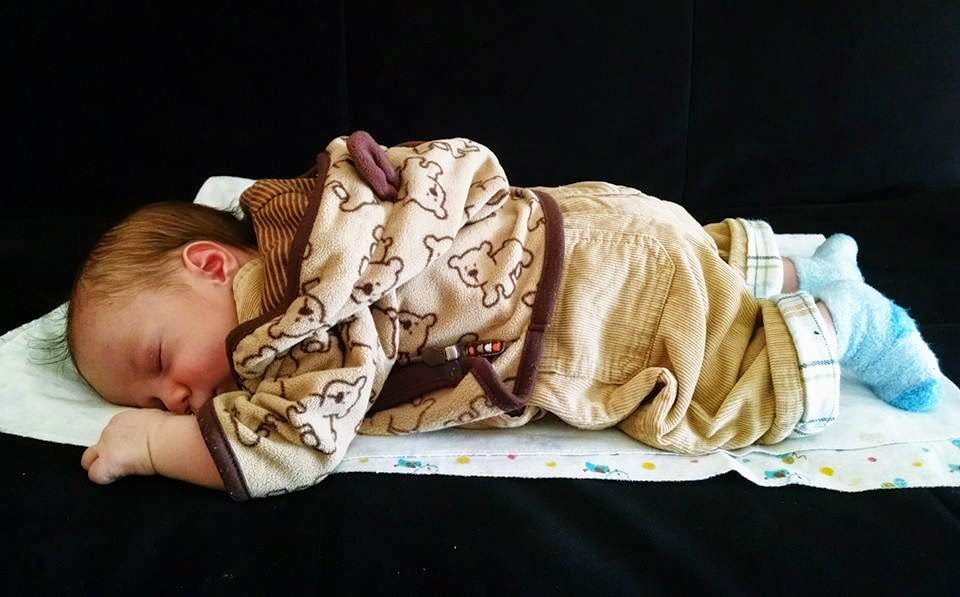 I'm thankful for my new house. Pictures of that later maybe.

And I'm thankful for these people. 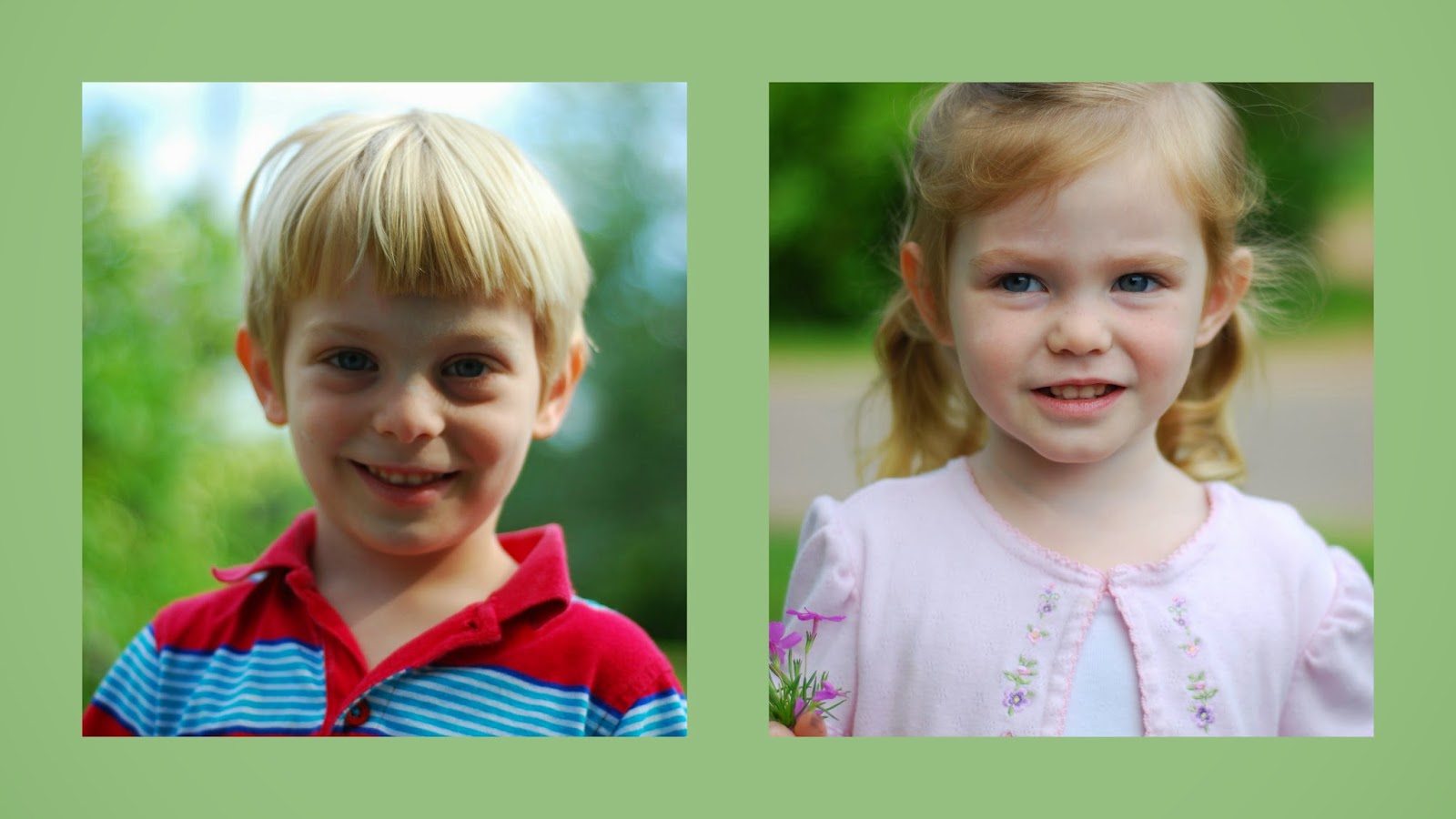 And I'm thankful for Hannah being here. I don't think I could have done this last month without her...or the month before that either. She does have one quirk though. She likes geckos (among other creatures and creepy crawlies). I was not aware that this was happening. 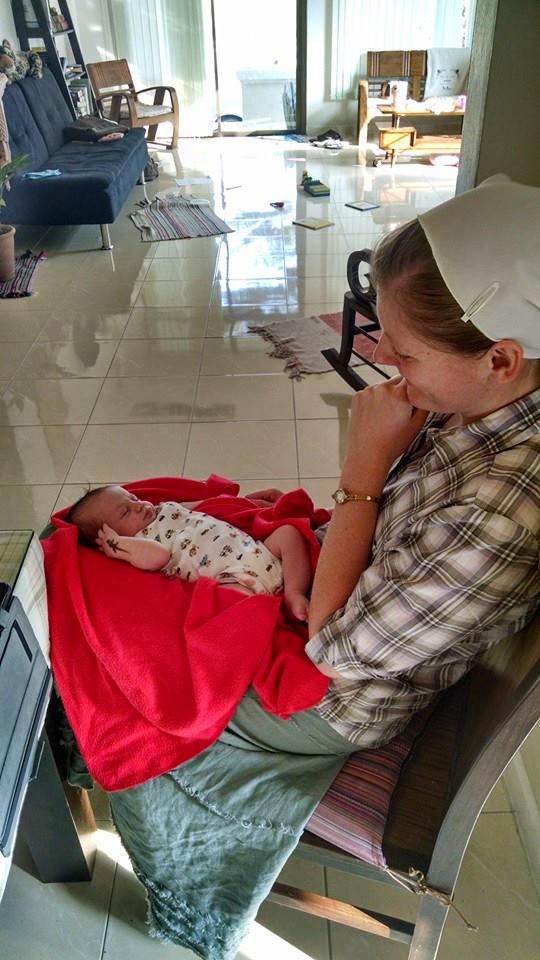 Then there is this amazing guy. He just is. I had to search high and low for this picture, by the way. I don't know who took it. I think it might have been my cousin Heather. Anyway, in my search for this picture I saw lots of pictures from our time in the States. So thankful for a nice stay in the States and all the lovely friends and relations we got to spend time with.

We're postponing our Thanksgiving feast to Friday when our friends and neighbors (Lanus and Aggie) from around the corner can join us. I'm quite crashed today anyway, so that suited us better too. Dru is ending up running around helping Bob and Yaai this evening as well. Bob's dad is in the hospital and Bob is quite concerned. Pray that this could bring both Bob and his dad close to Him.

Happy Thanksgiving to you.

In which I announce that I am still with the living.

In the last ten months I have:

1. Gotten pregnant. This after two miscarriages in the previous year. I got sick and felt a lot more positive about keeping this baby seeing as I was actually sick for a change.

2. Packed to go to the States--which involved prepping my house for sub-letters. This is always kind of an ordeal because we have to pack personal belongings away and have the house clean in all the corners. I was morning sick but didn't have time to be, so I took care of myself and pushed through. And we had help from friends.

3. Lived in the States for five and half months. It was going to be a bit longer than this but when we bought the tickets we didn't realize that I was pregnant. However, if we had the baby in the States, it would have stretched out our time there to much longer than we were willing to stay. It was a lovely time spent well with friends and loved ones.

4. Took a 3 week road trip (while being 7 mo. pregnant).  This was not easy for me until we were actually on the way. I think that this trip was the hardest thing in all of our business for me to accept. But Dru took good care of me and it ended up going really well.

5. Survived a car accident--okay, a bad fender bender. This was our on-the-way-to-the-airport nightmare. And although no one was hurt, we were both jumpy and more traumatized by it than we realized until we started driving over here a few days later.

6. Flown internationally, again. (Think 34 weeks pregnant.) And they almost didn't let me on the plane once we finally did get to the airport in the nick of time. Dr. Dunlap, bless her heart, emailed a letter to the proper address with an updated date on it, and we were good to go--in the nick of time.

7. Moved out of my lovely old house to a town house that is much newer and lovely in other ways. Here's where I say that Dru's sister, Hannah is with us for 6 months and the two of them did most of the work with that. I was beat after all the drama of the last 8 months and was game to be moved before the baby came, but had no energy for it.

8. Given birth to a 8 and a half pound little boy. People have this way of asking this awkward question. "How did it go?" It was awful. But it's over and he's here now. And then the other awkward question, "How's recovery for you." Slow. Much slower than I'm used to. But I'm better now than I was. Please, nobody ask, "Was it worth it?" I don't even know where to go with that question. I love my son to pieces, but that has absolutely nothing to do with excruciating pain for hours.

In all of this I want to say that Dru has been the most amazing and enabling man I could ask for. Yes, there were times where I broke down and said I wasn't sure if I could do all this travel stuff. But as we went, day by day, he took care of me. Fed me well. Excused me from being everywhere he was all the time. Let me have my space and rest.

I enjoyed my crazy 10 months. It was the best pregnancy I've ever had. Fancy that! I didn't have time to think much about how I felt. And I had lots of good old American food. And I had my mom. And I had my brother's lovely house to live in while we were in the States. God took good care of me too.

So I'm back. I think. I haven't even been journalling much. I guess I lost time and inspiration for writing for a while. But I'm back now. I hope that's a good thing.