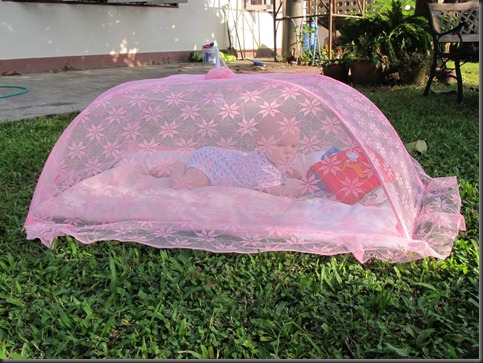 This is our little girl who is growing up. This is where I put her when we go outside. Very nifty, especially in the evenings when the bugs come out. 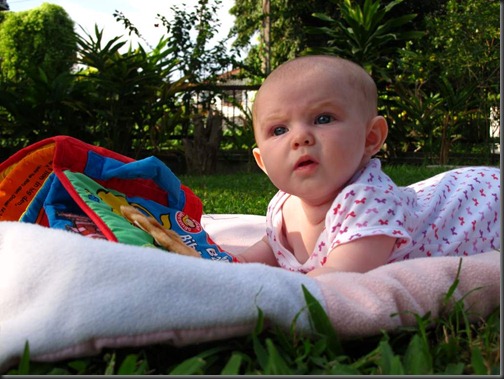 She’s already stuffing things into her mouth with her very limited motor skills. She lunges for the glass when I take a drink and watches food go into our mouths. And she has even had some tastes. It’s so fun to watch her decide if its good or not. 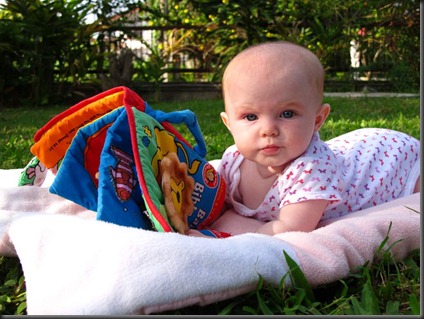 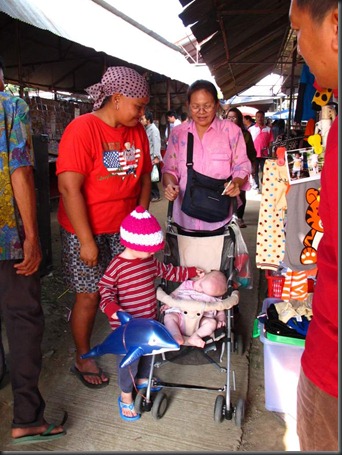 On Saturday we went with Mae Wahn down to her home town and to visit the big Market on the way. 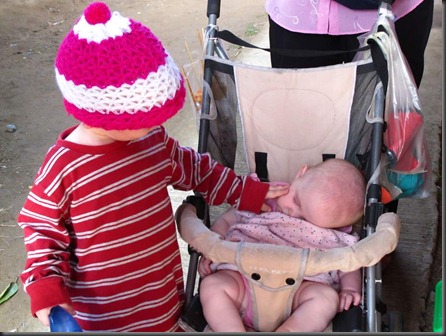 That hat was for Havilah but Jube likes hats and having it on him kept it out of the way. In other words, not falling on the ground. 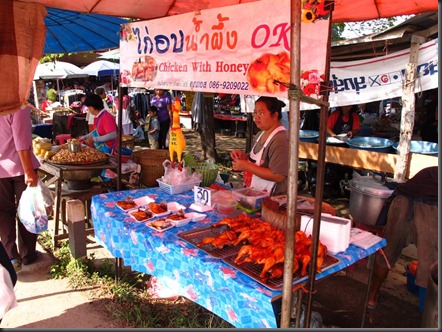 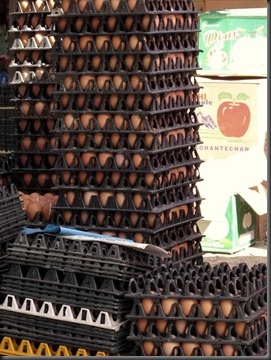 Right now, in spite of some concern about running out of pampers at all the shopping centers, I don’t think we’ll be running out of eggs. We’ll all be glad when the flooding in Bangkok is over. 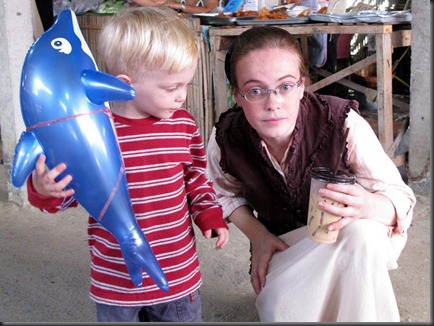 Notice on this picture that I’m holding an iced coffee and Jube is holding a dolphin. 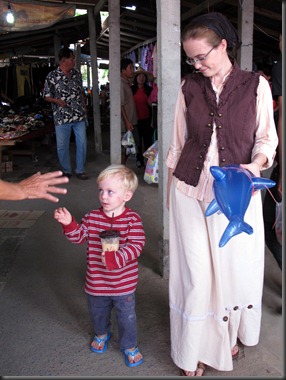 And notice that on this picture HE has the iced coffee and I have the dolphin. This is the point where Delvin and Lily laugh because Dru said once that no 2 year old of his would drink coffee… 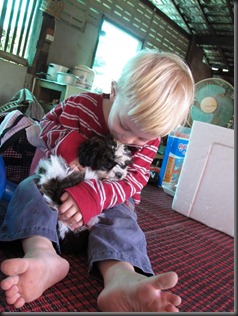 There were 3 little puppies. Jube tormented this one most of the time we were there. 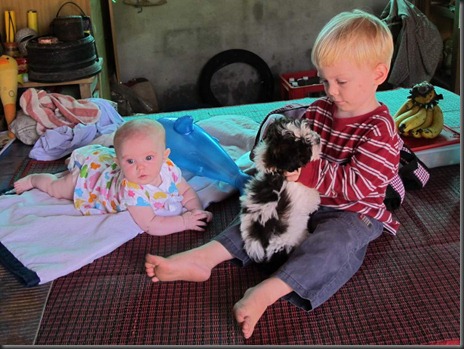 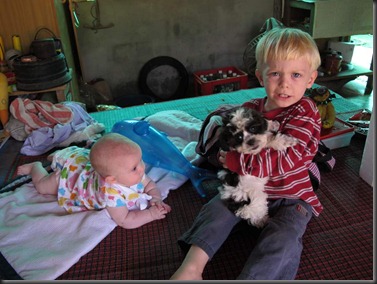 Havilah plays alone much better than Jube did at her age. I think a big part of it is that Jube keeps her entertained. She watches him run and play a lot. 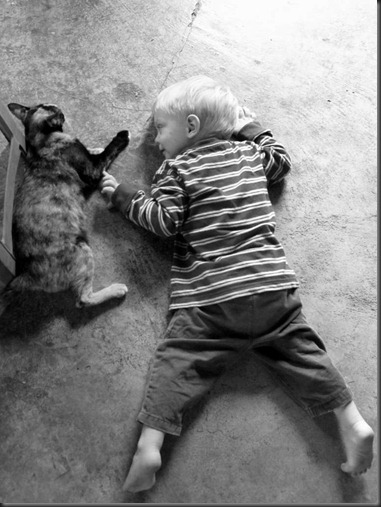 And he found a cat. 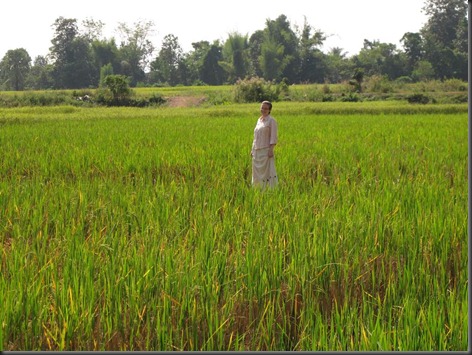 Dru and I took a stroll in the neighborhood and left the babies with Mae Wahn. I love that area. Rice fields and country. 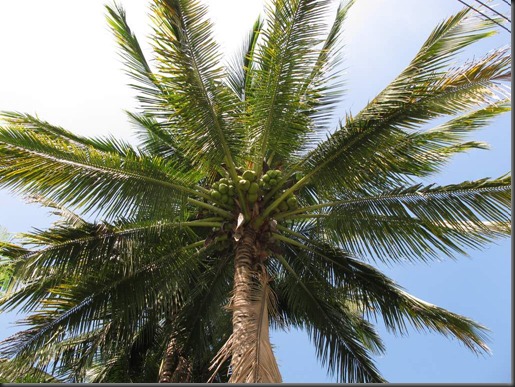 I told Dru that I’d not stand under this tree for long periods of time. I think the coconuts might hurt were they to land on your head. It wasn’t a very tall palm. 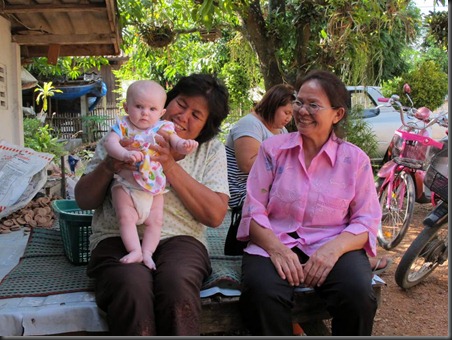 Havilah with one of Mae Wahn’s relatives. A sister? Not sure. 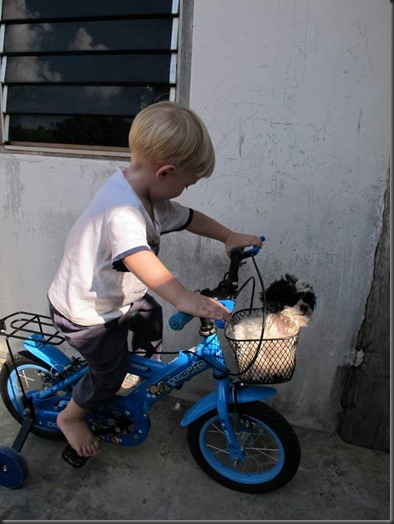 Puppy on a ride before he loaded the bike back into the pickup. This bike is his birthday present from Mae Wahn and it goes with him on trips to see her. 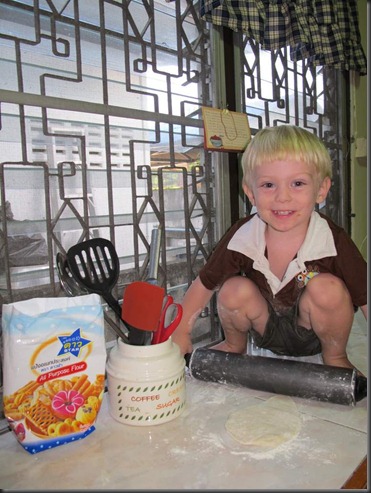 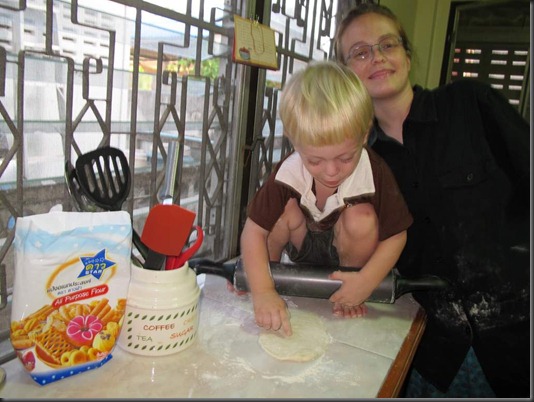 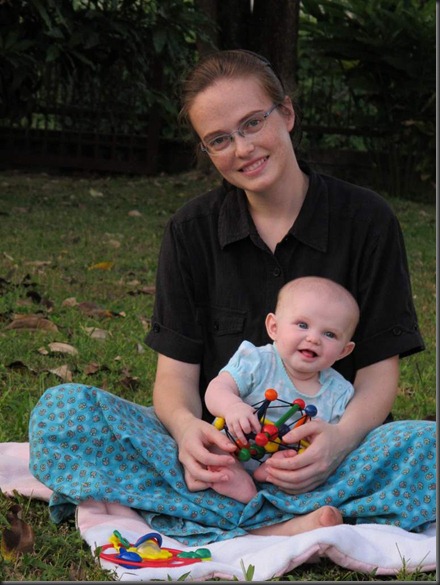 Outside, watching the guys work on the flower bed. 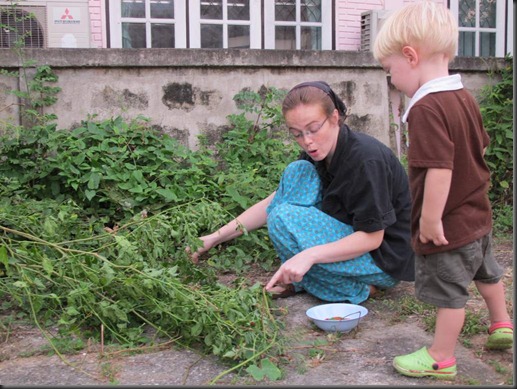 Salvaging the peppers form this plant. There was very pokey vine tangled among the bush that I was telling Jube not to touch. 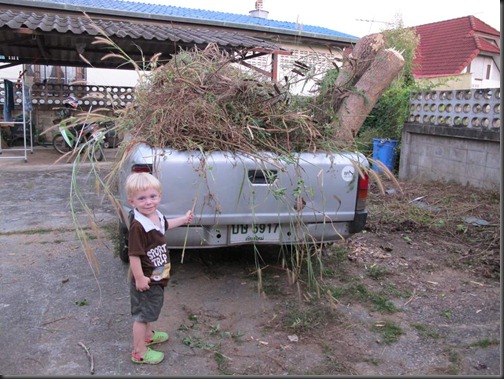 Most of the tangles and weeds from the flower bed. 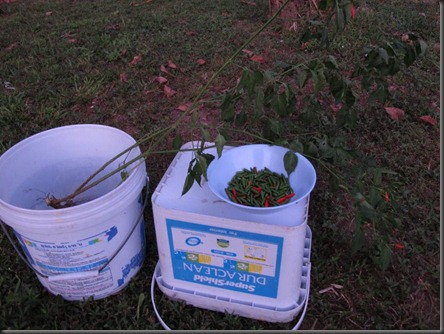 These are the peppers. Small but mighty. Dru handled them just a little for taking pictures and he’s still blowing and waving his hand around 2 hours later. Oh, and in Thai, they’re literally called “mouse poop peppers”. 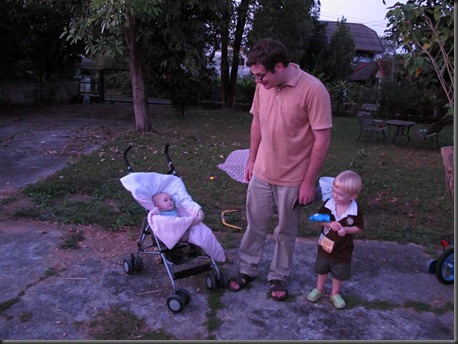 The goofy members of my family. 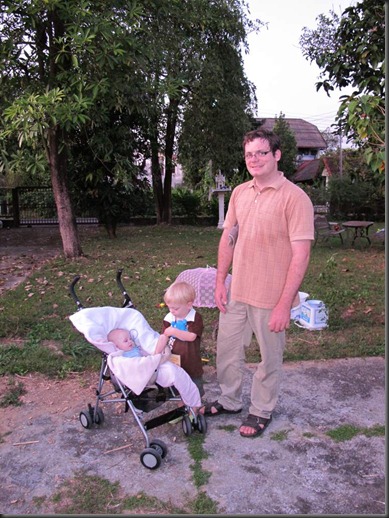 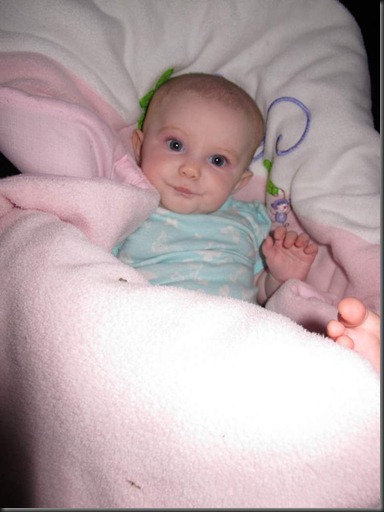 And that is the end of this blog. I have lots of pictures of me in it. I did that for my mom. Goodnight now.