The Story of My Saturday 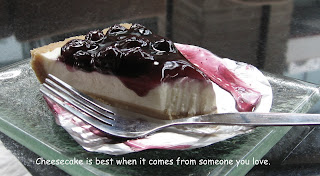 This is the Story of My Saturday. It's not overly long, but here it is anyway. It starts with part of a journal entry. Enjoy.

I've managed to be sick with a cold this week. That made me tired. I didn't sleep when I should have yesterday; then, I couldn't when I wanted to. The plan for today was that I'd be gone all day at a workshop taught by Kris about teaching English. Dru was going to be gone all evening at a father's picnic with the men from CMCC. I was brave about this planned lack of contact with each other until this morning when I woke truly an emotional wreck. I didn't want to spend all day away from Dru. I began to cry when I was putting on my veil. Dru hugged me and said, “Why don't you just come home at noon.”

That idea sustained me until I got into the kitchen to grab something to eat about ten minutes before I needed to be out the door. It was then that I realized that if I got as far as Kris's classroom, I'd immediately dissolve into tears like a kindergartener at school for the first time. So instead of waiting until then, I went ahead and cried right away again and told Dru that I simply couldn't do it. He hugged me again and called Kris, five minutes before I was supposed to be there. I couldn't call, I was still sniffling.

So Dru and I did what we usually do on Saturday mornings together. (Notice that word together.) We headed off off to Payap for Dru's Bible Study with Jo-Jo, stopping first at the coffee shop because that's where his wife stays while he's gone. He ordered a sntich of food and a fruit shake for his wife (she never did get anything when she went up to the kitchen, she just started blubbering and came back down again) and a coffee for himself. Then, while we sat together on the sofa, he studied for his Bible study and I just sat beside him, sipping my fruit shake and enjoying him.

Eventually he left, but soon after he disappeared, a piece of blueberry cheesecake appeared before me on the coffee table and the dishes were cleared away. I gave the waiter a puzzled look and he motioned out the door. Then I understood that my dear man was spoiling me again, just because. I considered crying again, a happy cry, but decided that it might make things awkward for everyone else at the coffee shop. How do you console a weeping, pregnant, farang woman?

That evening around the supper table with Kris and Craig's at IGo I explained my cause for absence in class that day. Of course, by then, we could all laugh and Kris totally understood—it's a woman thing. Not only that, I am a pregnant woman. Some days are just that way.

I even made it through the evening until Dru got home around midnight from his party. It turned out to be a pretty good day. Thank God for good husbands who let you cry on your shoulder, make your phone calls because you're still sniffling, and buy you cheesecake.