Pictures prove that we’re enjoying ourselves. It’s fun to see Jube learning to know his relatives. I can finally show my baby girl off. We’re really not taking enough pictures, but here are a bunch of what we’ve gotten so far. 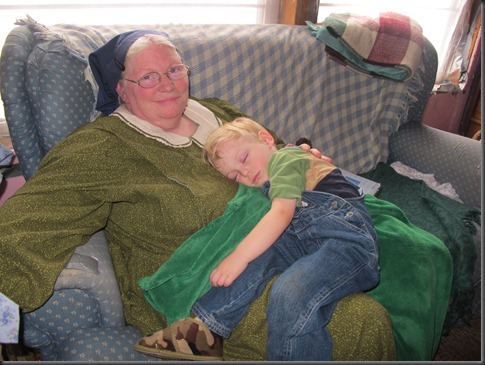 To sleep on Nanna’s lap. He was feeling pretty pretty crumby on this picture. My children, Jube mostly actually, have been seriously battling every illness that the US of A could store up for him while he was gone for 2 years, or so it seems. I’m so tired of a sick little boy! 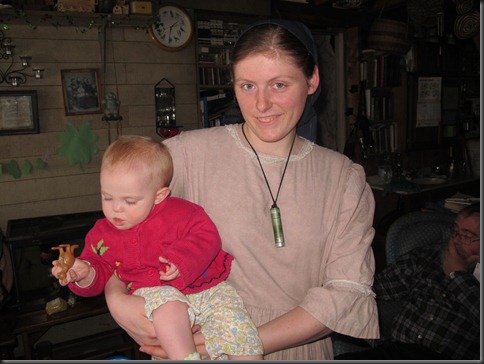 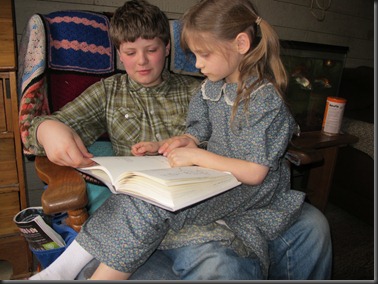 Hannah and Hallah. Havillah looks like Hannah did when she was a baby.    Here are Tim and Emily. 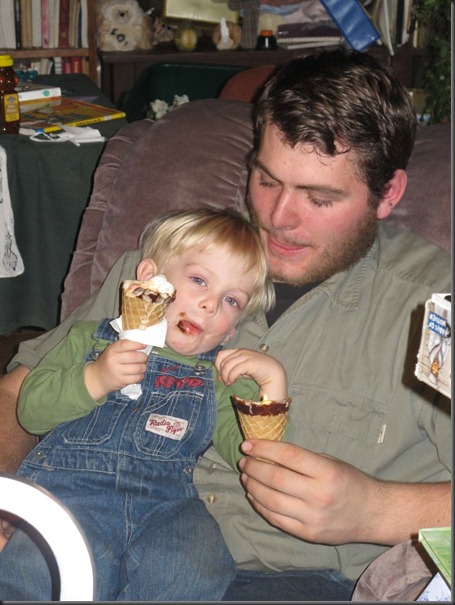 Ben is, hands down, Jube’s favorite Lattin uncle. Ben was gone most days when we were up there but came home from work in the evening. From then on, Jube was where Ben was until bedtime, and nobody even dared to interfere. 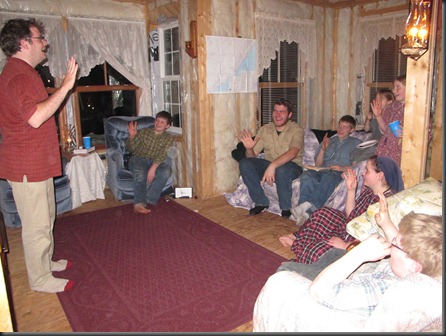 Thai class. Teaching them to count from one to five. 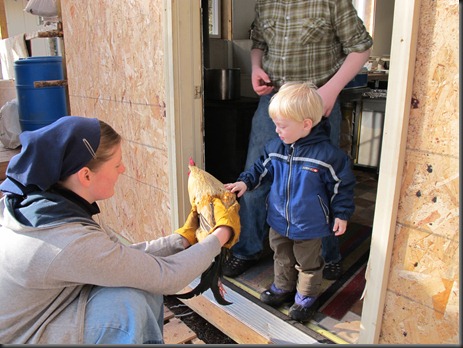 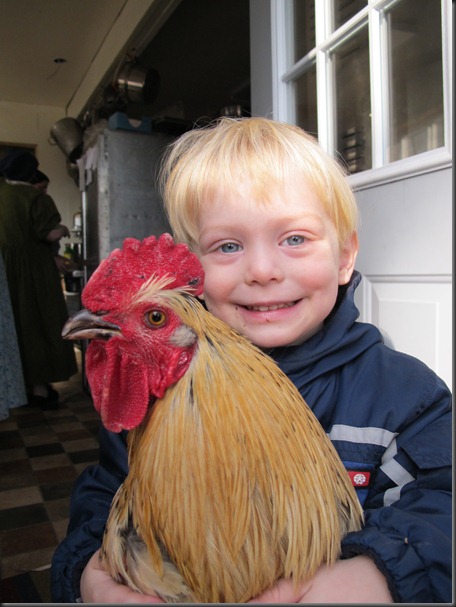 Hannah and Jube and the “looster.” The “looster” had the nerve to bite his finger, right after we took this picture. 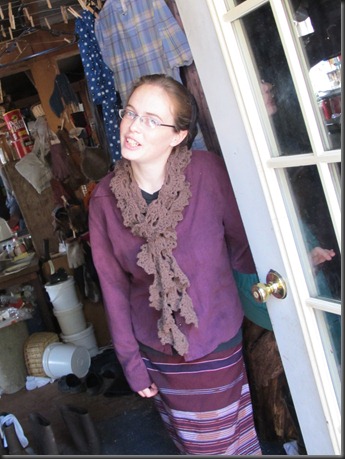 I’m taking orders for my Mom. She made me this lovely neck scarf. You can have one for $25. Mittens to match for an additional $30. They’re more complicated to make. I don’t have a picture of those right now. 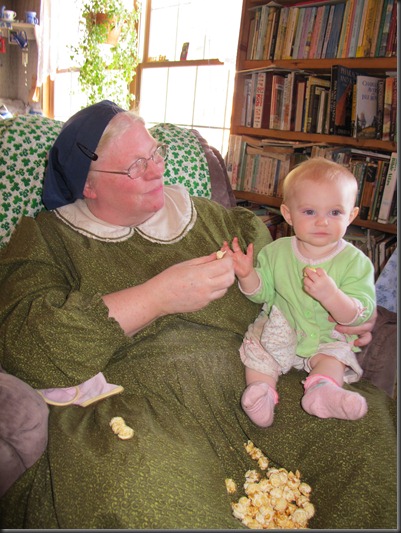 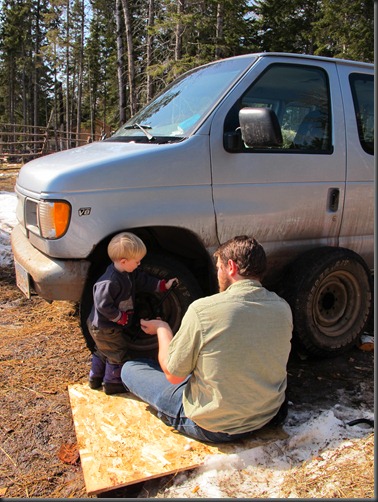 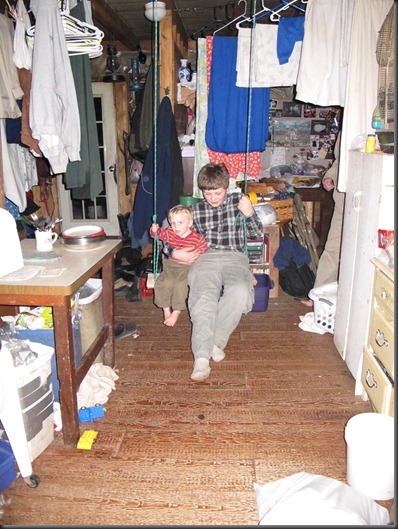 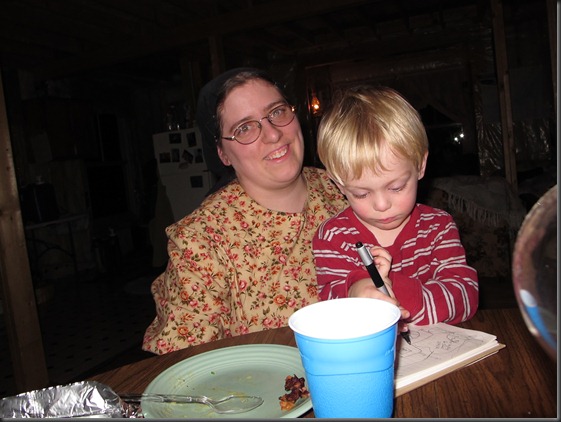 Gill came up to Mom and Dad’s cabin, where we were staying, and brought supper with her. 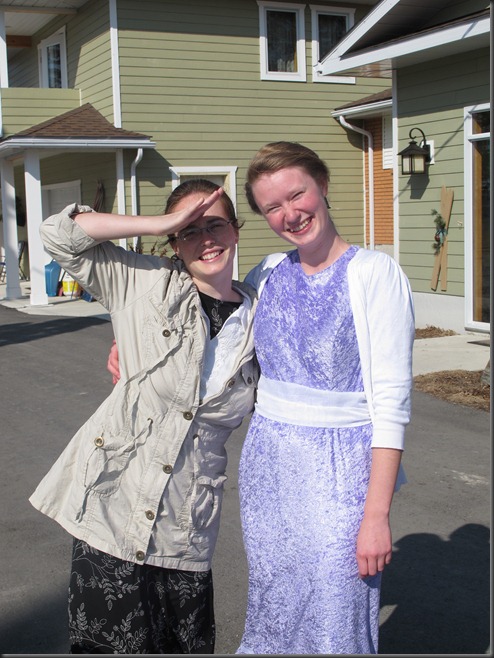 We made a trip to Canada and I got to see where Jessica lives. 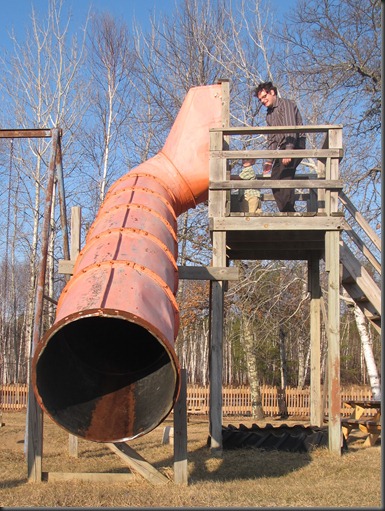 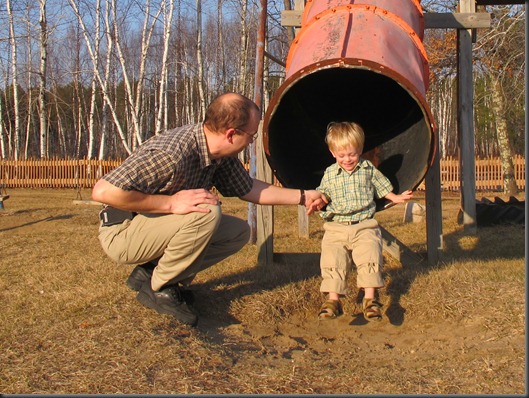 The slide at the Bemidji Church. Dru helped him hop in and Japheth caught him at the bottom. We’d have loved to spend more time with Japheth and Amy—maybe next time. 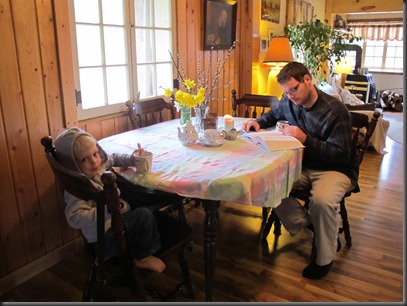 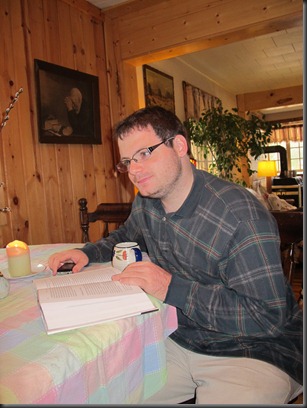 At Mom and Dad’s again. I found my men at my mom’s always beautiful table enjoying hot chocolate and coffee together. 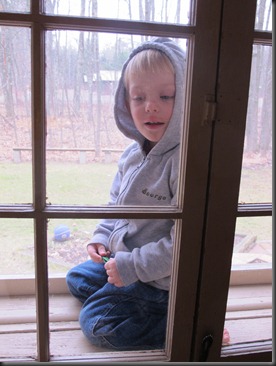 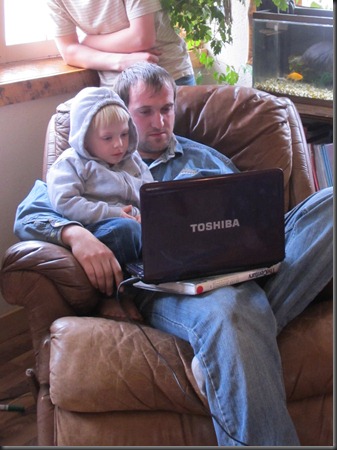 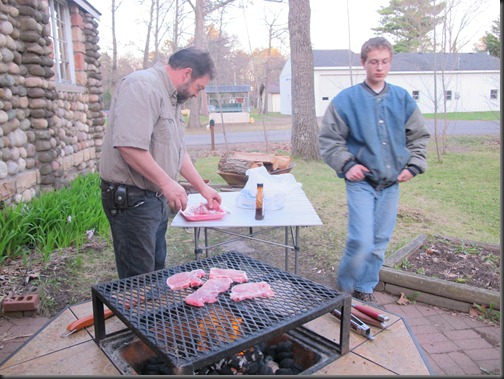 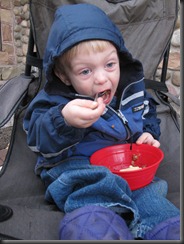 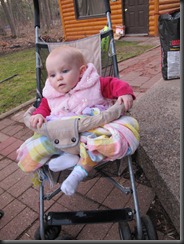 Dad came home Tuesday night, raring for a party. So he grilled and we had s’mores and talked around the fire into the evening time. 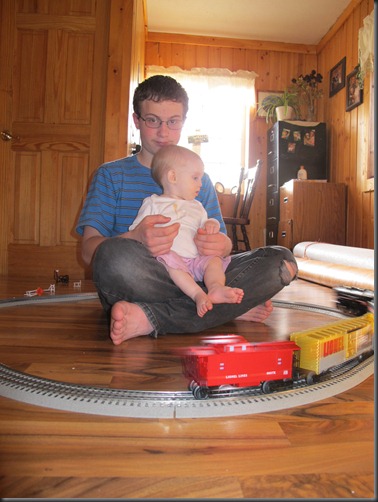 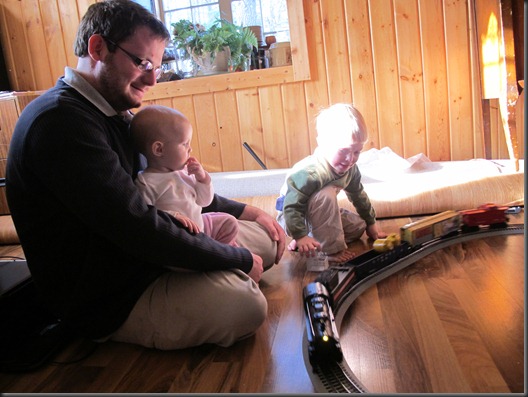 It’s all very well to put up the train, but supervising is another story. I finally got tired of having to tell Jube not to play with it without help and initiated the putting away of it. 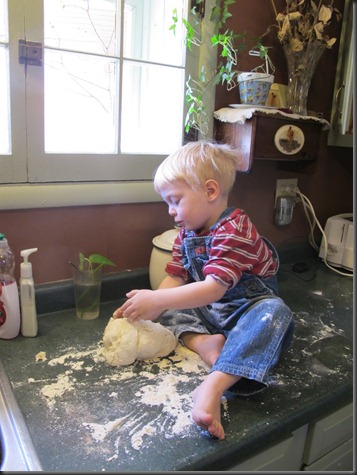 My man bought me a tortilla press (After a few purchases he’d made, he decided that I deserved a couple gadgets myself.) Here Jube and I were mixing up a batch of tortillas.
Posted by Lisl at 8:12 AM